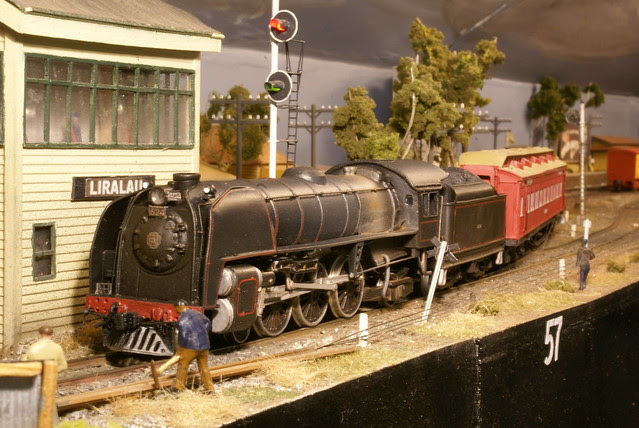 While i'd been working on my model of preserved 621, i've also had a second loco on go at the same time. This one for my brother's birthday present. He wanted a black 620 with red lining (as per 624 preserved at the National Railway Museum)... so this naturally jumped the queue in order to get it finished for mid march.

I'll provide the details later on, but an overview is as follows: